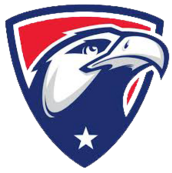 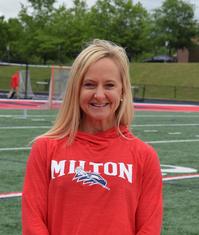 Coach Brennan is entering his fourth season with the Lady Eagles Lacrosse coaching staff.  Mike is originally from Yale, Michigan.

He played four years of football at Alma College (MI).  He then graduated with a BA in history and political science.

Coach Brennan has been teaching at Northwestern Middle School for the last 9 years.  He also coaches boys basketball at Milton High School.

Taylor is entering her third season coaching at Milton.

Megan has more than 10 years of experience coaching girls lacrosse at the youth and high school level. Previously, she coached the Varsity Girls Lacrosse team at Marist School in Atlanta, GA for 6 years with two appearances in the second round of state playoffs and taking home the Area Championship on three occasions. She was also the Athletic Director for Buckhead Girls Lacrosse for two years.  She currently coaches for Eagle Stix.

She was a Division III two-sport athlete playing Field Hockey and Lacrosse at Mount Holyoke College in South Hadley, MA. As a midfielder for the Lyons, she set all-time lacrosse records in career goals, ground balls, and draw controls.

She was the recipient of the Ruth C. Timm Lacrosse Recognition Award for outstanding play for the 2007 and 2010 seasons. As a captain in her senior year, she led her team to second place in the Eastern College Athletic Conference (ECAC). For four consecutive years, she made the New England Women’s and Men’s Conference (NEWMAC) All-Conference team and broke the conference record for draw controls during the 2010 season.

She is originally from Granger, IN where she was Indiana’s All-American in 2006.

Megan currently lives in Alpharetta with her husband Neal; their daughters, Lily and Claire; and Corgi, Polly. 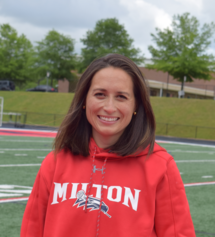 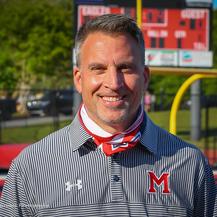 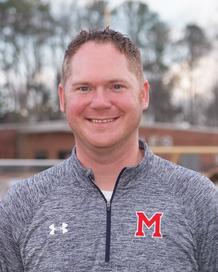 Coach Catts is in her fifth season with Milton, however, she is no stranger to coaching lacrosse or to the Milton Lady Eagles program.  She has been coaching lacrosse for over 20 years and has been heavily involved with the Milton Feeder and Eagle Stix program for the past decade. Coach Catts grew up in Maryland and played both field hockey and lacrosse in high school.  She was named to the All-State team during her junior and senior year in both sports.  She graduated from the University of Maryland with a BS degree in nursing and played club lacrosse.

Coach Catts coaching experience started in Maryland where she coached field hockey and lacrosse prior to moving to Florida in 2008.  While living in Florida she started a lacrosse developmental program for girls ages 5-8 and held various coaching and leadership roles within the lacrosse program until she moved to Milton in 2011.  Upon arriving in Milton she quickly got involved with the Milton Feeder and Eagle Stix program and has coached at various levels.  She is extremely proud of not only the lacrosse success her teams have had over the years, but more importantly the impact lacrosse has had in molding these young girls into strong, confident women.

She lives in Milton with her husband, Darryl.  Her two older daughters, Taylor and Sydney, attended Kennesaw State University and Furman University where they played women’s lacrosse for those programs.  Her youngest daughter Brie is a student athlete at the University of Florida and plays on the Gator's women's lacrosse team.

Coach Godby is entering his 18th year as head coach for Milton’s Varsity Lacrosse team.  His teams have won a total of 14 Georgia State Championships at Milton.  He has had 58 players commit to play college lacrosse at the next level: 51 Division I, four Division II, and three Division III players.

During the 2016 lacrosse season, Coach Godby celebrated his 200th career win.  In 2019, he was inducted into the Georgia Lacrosse Hall of Fame.

Originally from Somerset, Kentucky, Coach Godby attended Berea College in his home state and earned a BA in Education.  He was also a student athlete playing both basketball & baseball for the Mountaineers.

Prior to lacrosse, he coached various sports such as cross country, track-and-field, and basketball.  He was an assistant boys basketball coach at Dunwoody HS when the team won the 2005 & 2006 State Championships.

He has been teaching PE/Health at Northwestern Middle School in Milton, GA for the past 20 years.

​Coach Godby lives in Canton, GA with his wife Jamie and their two children, Lynlee & Wilson. 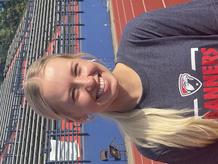